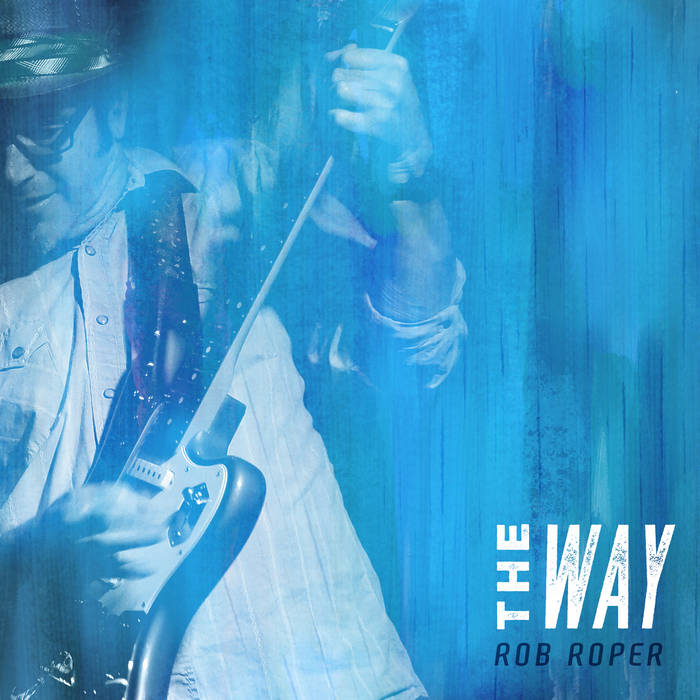 mollygrowler I love the diversity of sounds on this album! Heartfelt lyrics tackle timely topics. My favorite track is Sea of Hope!

Rob Roper's 2021 release has 15 tracks-- 13 original songs and 2 original instrumentals. Musically, it covers several sub-genres of rock, ranging from metal to grunge to folk-rock to reggae to psychedelic garage rock to punk to post punk. Lyrically the topics include social commentary, failed love, and life lessons learned over time. Co-produced and engineered by Jeff Kanan at The Keep Recording in Denver, Rob sang lead vocals and played most of the rhythm guitar tracks, and a top notch group of Denver musicians filled out the rest, including guest appearances on "Mama Had a Mohawk" by Brent Loveday (Reno Divorce) and Jonny Barber. But as great as this album is, Rob says that "it's just a stop along The Way."

The CD has one extra track, "The Last Judgment," a reading from the New Testament by the Rev. Millie Phillips, which serves as an introduction to the song, "I Didn't Believe."

All Music by Rob Roper.
All Lyrics by Rob Roper except "The Last Judgment," from the Gospel of St. Matthew, Chapter 31, Verses 31-46.

All instruments and voices recorded by Jeff Kanan at The Keep Recording, Denver, CO except:
Rob Roper recorded some guitar tracks at home.
Rev. Millie Phillips recorded vocals for "The Last Judgment" at home.
Brent Loveday recorded his vocals and guitar tracks on "Mama Had a Mohawk" at home.

Special thanks to my supporters in The Misfit Club!

Thanks to everybody who has come to one of my shows, bought my CDs or downloads, or listens to my music regularly on the streaming services.

Thanks to Molly Zackary for her vocal coaching, both before and during the recording sessions. Big thank you to all the amazing musicians who contributed to this album. And special thanks to Jeff Kanan, for your expert technical engineering, and your great ear for song arrangements and mixing.