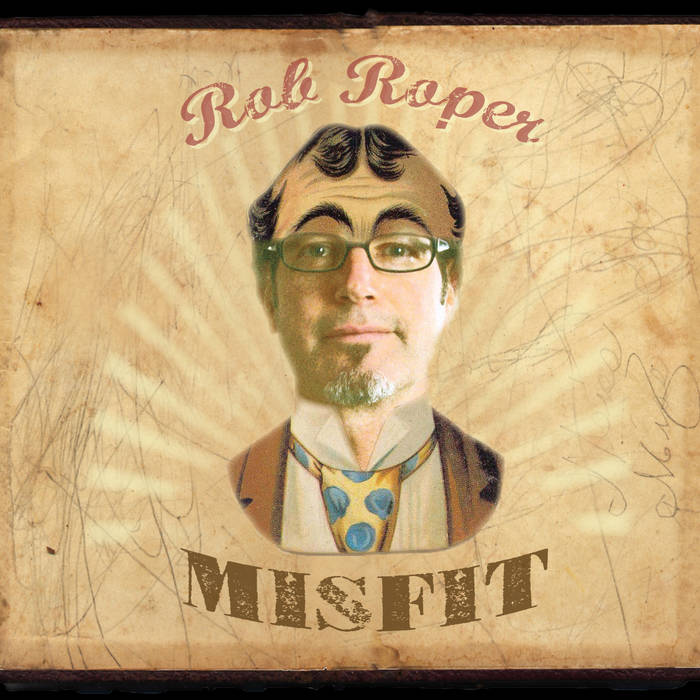 Nancy Farmer I love this album because of everything about it! The beginning riff of the title cut will be forever etched in my brain!

Stylistically, the record is grounded in rock and folk, with diversions into R&B ("Bipolar"), African ("Me"), and Irish drinking song ("The Screwup Song"). However, there are common lyrical themes, summed up by the title, "Misfit."

Produced and Engineered by John McVey.

"...plinks at heart strings and funny bones... finding both the sorrow and the humor in some of the shadowed crevices of day-to-day life... a solid songwriter with a talent for telling stories from unusual perspectives." --Wildy's World

"Rob Roper tells the stories of those of us who will never be be rich or famous; stories of failure, struggle, dreams, and modest victories, often with wry humor and an unsentimental, hard-earned hopefulness." --Millie Phillips

"Each song is a vignette that places you inside the mind and heart of the writer, or at least the character he has created... [takes] you from one space into another, from despair into hope, or the other way around." --Nancy Farmer