The Other Side of Nowhere 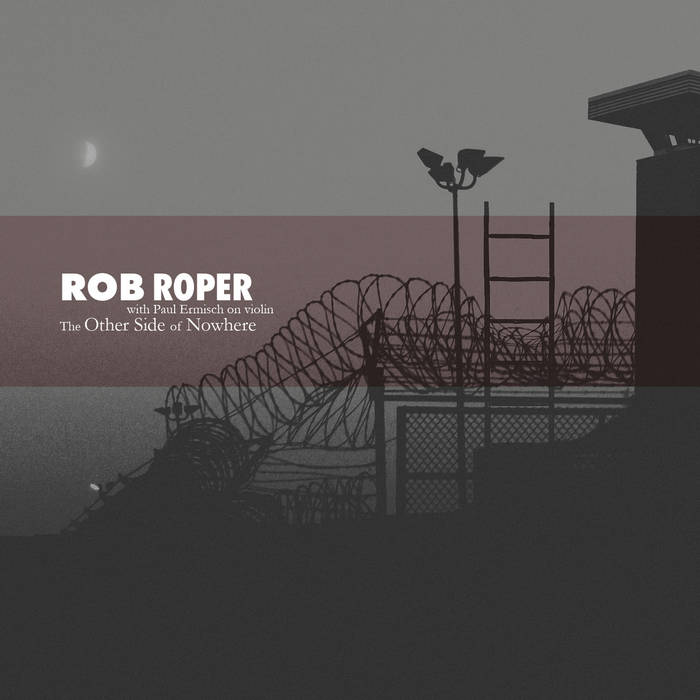 "On his last effort, 2011's Misfit, Rob Roper more than proved that he had sharp songwriting skills and a knack for penning some pretty damn witty lyrics. There's more of that on the new The Other Side of Nowhere, but musically, this release is more of a stripped-down affair with primarily acoustic instruments, a setting that works quite well with Roper's writing, bringing his lyrics more to the forefront. Roper says he originally intended to make a duo album with violinist Paul Ermisch, with whom he's been performing as a two-piece for the past few years, but during the recording process, more players were brought in, including percussionist Daren Hahn. While Misfit might rock a bit more, The Other Side of Nowhere is equally engaging and potent." --Jon Solomon, The Westword

"...'The Other Side of Nowhere' is all about the music, with four new originals, a stellar cover and new arrangements of three previously-released tunes. Roper sounds terrific here, with 'Sea of Hope,' the title track, and 'The Man in the Movies' the best of the new songs. His cover of Timmy Riordan's 'Trouble on the Way' is a delight, as are the newly-arranged renditions of 'Misfit' and 'Let it Go.' It's time you got to know Rob Roper." --Jeffrey Sisk, The Daily News, 4 stars.

"Rob Roper brings occasional violin and drum instrumentation out alongside his eloquent guitar work on his new record The Other Side of Nowhere. The title track is the most definitive of Roper’s sound: a bit slow, yet melodic; ambient, yet strangely catchy. It is acoustic rock with Roper’s own unique touch on it, and it echoes with Colorado flavor.

Roper has been in Denver since 2000. The influence of Colorado culture is very present in his songs, especially the track “Let’s go to the Mountains.” His music sounds like what you would hear in a small high-country café, there are touches of country as well as some faster paced rock riffs that stand out at just the right times. The album is a great listen to put your mind in a happy, mellow mood, you may just catch yourself “Falling Into Heaven." --Tim Wenger, Colorado Music Buzz magazine